I play video games like it's my job. I'm a movie buff, too.


My favorites are awful sci-fi ones from the fifties with titles like The Day of the Triffids, and where they say things like " Her brain kept alive by experimental science! Honestly, comics are more than a hobby. They're my way of life. It's supes nerdy, but I secretly dream of becoming a superhero. I bet you do, too. Ever stare out the car window and imagine yourself flying through the clouds? Running at superspeed? Saving the day? That's what I'd be if I were a superhero. If I were, then maybe kids would actually notice me.

But I'm not. So they don't. I'm the soggy fries on the bottom of the carton, the powder at the end of a box of cereal, the last kid standing when teams are picked. That's me. But it's all about the journey, right? That's the part of comics that sucks me in. Being a superhero is more than having powers — it's about the struggles and the choices heroes have to make.

It's about deciding to do the right thing even when the right thing is the hardest thing to do. And as I slowed my bike on the bridge near my house, I knew I suddenly had my own choice to make: go home and dig into my peanut butter cups or save that kid shouting for help. The remote was in my hand, but my thumb couldn't press Play, like it was cosmically blocked from doing it.

Because I knew I had just made the wrong choice. Adam West looked at me with disappointment from the paused television screen. All I wanted to do was watch TV, but something told me I needed to get back out there. And then I headed back to the garage to get my bike. I think it's what Adam West would've done. Soon I was coasting down the sidewalk toward the cries for help.

I rounded the bend and saw a group of kids circled around two boys — a bully named Dexter Dunn and his victim, Caden Cameron. Dexter was kind of the neighborhood bully. His family was mysterious, mostly staying indoors. They were a work-from-home, school-at-home kind of family. Dexter had an older sister, too, but I think she was sent away to military school or something a few years ago. Either that or his family hid her in the attic for some reason. The boy in trouble was Caden Cameron.

He sometimes took his dog to play in the creek under the bridge. You're gonna hurt him! He likes it! My three-point plan of attack was this: Boom. Day saved.

Next day, please. I needed to get everyone's attention by making an entrance. Hero work demanded theatrical entrances. I rode and then kicked back on the pedal to slide my tire around in a half circle, skidding to a stop right in front of my future fans in a cloud of dust and awesome. If that was how it went down, then it would've rocked Instead, my back tire swooped around and hit a crack in the pavement. My bike stopped, but my body didn't. I flipped off the front like a wet noodle. Kids scrambled out of the way as I tumbled toward Dexter and Caden.

I landed flat on my back, looking up as everyone stared down at me. And then I pointed at Dexter. Give him back. Dexter was just supposed to give the dog back. Challenging me was not part of my three-point plan of attack! Didn't he know that?!

I probably shoulda told him. You really wanna do this? A chilly breeze swept past my shins.

I began to babble. My mouth ran whenever I got nervous. Or whatever kind of pet that doesn't require a lot of brain cells to take care of. Y'know, things at the bottom of the food chain. Start with a plant and work your way up. Or a rock! Did you know there are pet rocks? He dropped the dog's leash. Saved the dog. Nailed it. And then Dexter fixed his eyes on me.


Super not normal. He shoved me. I'm not the funny kid! I'm the Braver kid! Caden got his dog back, and that's all I cared about. So while this has been fun, I'm out. His skin was like ice! It was so cold that my fingers burned even though I touched him for only a second. Gasps came from the kids around us. Caden and his dog were already gone. So much for showering in the praise of my new fans.

The area around Dexter became engulfed in shadow, but a shadow that floated in the air like smoke. The concrete cracked under my feet. The whites of Dexter's eyes were gone.

They were just black sockets on his face. Super terrifyingly not normal. The last thing I remember that night was a burst of white light before the sharpest cold I'd ever felt in my life. 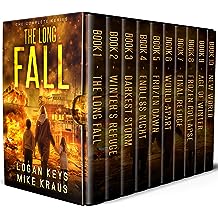 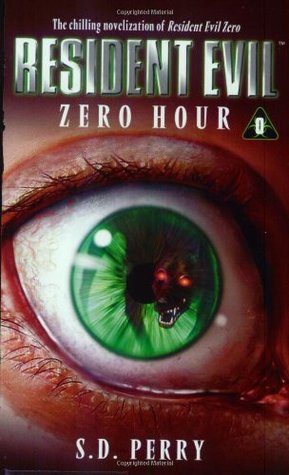